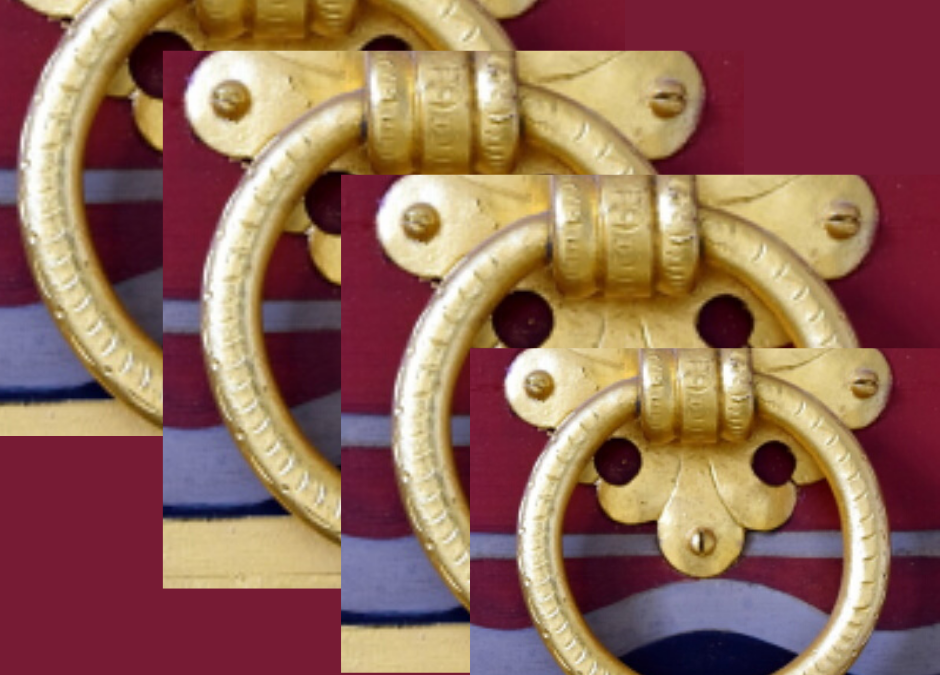 Who are you? Who who? Who who?

Depending on your age, you may or may not recognize those words as lyrics from the iconic song released by The Who in 1978. (Not to be confused with the Black Sabbath song with the same title.)

Even if you don’t recognize the lyrics, you may have heard them without realizing what they were if you were a fan of the original CSI – Crime Scene Investigation, which used those lyrics for the opening of each television episode for 15 years, beginning in 2000.

What makes it relevant here is the importance of being able to answer the question.

Knowing who you are…and more importantly, who others think you are, plays a huge role in the success of any business. It’s the essence of branding…who are you?

Do you even know how you’re truly known in your community?  How about in your sphere of influence? What do people really know about you and how your facility is run?

You can bet they’re saying things…do you know what those things are?

It’s vital to the health and success of your business that you understand not only who you are, but what you’re actually selling.

You’re not just selling space in your facility. If that’s what you think, your success will be forever stunted.

Here are a few of the things you’re actually selling:

The net result of everything about your operation is a metric and is easily identified by your percentage of occupancy as compared to others in your PMA (Primary Market Area).

Read that again…more slowly if necessary.

Everything about your operation can be and should be measured. The net result of your efforts are easy to identify…they’re directly reflected by your occupancy rates when comparing them to your competition.

Hey folks, it’s the year 2020! We’ve been sending people to the moon for 50 years…. half a century. Yet we aren’t utilizing the available technology that tells us how long a call light has been ringing?

Not to mention we still have nurses running around on second shift trying to pass medicines, console residents and manage staff. Then someone at corporate raises concerns because “the phones aren’t being answered in 3 rings” when they mysteriously called the facility at 9 PM.

Why aren’t you taking full advantage of all the advancements in technology available to us today? Technology that would benefit not only your residents and your staff, but ultimately your staff burnout and turnover rate as well as your own bottom line.

You get the picture…I won’t belabor the point. I choose to hope you’re even more aware of it than I am and don’t need to have the obvious pointed out to you.

So where do you start with trying to repair and realign your original mission? After looking at the tools you have for your people to work with, another good idea is to look at your staff.

Hire the fire. Fire the mire.

Hire the fire…what does that mean exactly? It means you should seek out and hire the ones who show you the fire in their spirit. The ones who aren’t afraid to step up and take action when it’s called for.

The ones with a burning desire to serve…to truly SERVE their fellow human beings. The ones who view life as something to be savored, experienced and enjoyed, and are not content to just settle for surviving an existence.

Fire the mire? Huh? That just means don’t be afraid to get rid of the ones who are miring you down. The ones whose laziness or negativity is keeping your facility from being all it could be. The ones who foist their misery on others, like your residents and the rest of your staff.

Negativity oozes…it permeates…it creeps into every crevice, every opening, every weakness it senses it can take root in and spread. It’s imperative you rid yourself, your staff and your facility of such a destructive, yet invisible force.

You’re a leader. Leaders take action. True leaders aren’t hesitant about using their critical thinking skills to make decisions that quickly lead to action. That means seeking out individuals who do not fit your newly envisioned culture, and rapidly walking them through your entire disciplinary process.

Once you’ve done that, moving forward, you should only need to concern yourself with hiring the fire. Get that part right and you’ll have no mire to fire.

Hiring Can Be a Very Simple Process

I recommend hiring the best smiles, most outstanding personalities and over the top positive attitudes. Those things can’t be taught, skills can.

Onstage vs. Offstage: Mirror mirror on the wall, who’s looking and playing the best role of them all?

Maybe you’ve heard the famous lines from Shakespeare’s play “As You Like It” – “All the world’s a stage and all the men and women merely players…”  Never forget, everything is a performance, and it’s important you play your role.

Most people never think about it, but believe it or not, the Disney princesses you see walking around Disney World have bad days too. They have family members pass away. They go through breakups. They face their own personal issues…but you would never know.

If they carried their personal life on stage and became a pompous Princess or a Disney downer they would likely have to meet with the mouse in HR. All of us are part of a cast and we must play our role at all times on stage.

Random Periodic Positive Reinforcement is the key to ensuring your staff is thrilled to be working with you. I’m not talking about TVs or new cars; I’m talking about the little acts of appreciation that let your team members know they are valued, and the job they perform every day is recognized and appreciated.

Just because you pay them a great wage, at the end of the day, it’s frankly meaningless if your cast is not having fun and feeling appreciated at work. Hire the right personalities, make it fun, and show your appreciation often.

I was touring a new construction recently, which looked extremely nice at first blush. However, once you started looking at the details, there were screws that were not tightened, toilets that rocked, and fire doors that did not close.

The same thing may be happening in your service operation. On the surface, the team members may be happy and exhibit joy when you’re touring the floor. But what about the not-so-obvious details? The residents’ closets…are they cluttered or clean? The residents themselves… do they look happy and engaged, or do they act withdrawn, staring vacantly into space?

I could go on and on with examples, but you know what I mean. So how do you solve this puzzle?

Through a living, breathing checklist.

What’s on the checklist? Well, that’s specific to your operation. This is where you have to take action as a leader and see what details are being missed. Once you’ve done that, turn that list of overlooked issues into a simple checklist that must be completed daily. It will jog the memory of your cast members and will help ensure they complete each task every day.

As we all know, operational issues tend to repeat, and as new issues are discovered or as the operation changes, be sure to update the list. If it isn’t done at least weekly, then you probably aren’t catching all the details that are falling through the cracks.

Remember, the checklist is a living, breathing document. It must be continually followed up, evaluated and followed up again, and you as the leader maintain it for each of your direct reports.

…is either part of the problem and/or part of the solution. From the top leadership position down…so yes, this includes you, esteemed leader.

So how do you begin? In the same way you eat an elephant one bite at a time, you overhaul your facility one department at a time, starting from the smallest department with the greatest impact.

Other tactics that advance improvements within your facility should include community involvement, as that creates ‘top of mind’ awareness. Reach out to schools, dance studios, community choirs and theaters, anyone who can help you enhance the environment for your staff and residents.

Another critically important component of a totally successful, off the charts profitable establishment is the leadership. So don’t be an asshole. Perhaps I should apologize, but the truth is I’m not sorry if that offended you. There’s no place for a pompous ass at the top of any successful business venture and that includes long-term care facilities.

So go ahead and be mad if you want to…I didn’t make the rules. I just know ‘em really well.

Want a FREE, daily LTC tip from Dan delivered to your inbox?

Each day you’ll receive a short video, tip-of-the-day, or a marketing & operations tool you can implement immediately to:

*We do not sell or share your information with anyone.

Thank you! You have successfully subscribed to our newsletter.

Want to make a difference in the life of a golden major? Receive free tips from Dan delivered to your inbox!

At least weekly you’ll receive a short video, Tip-of-the-Day, story or notion to prompt ideas how you can improve the lives of the elderly who have had an impact on your life.

• Put a SMILE on a golden agers face
• Keep them involved with your family
• Use social media to stay in touch when you can’t be physically present!

It’s like growing your family and modeling for those around you to include golden agers in living!

*We do not sell or share your information with anyone.

Thank you! You have successfully subscribed to our newsletter.